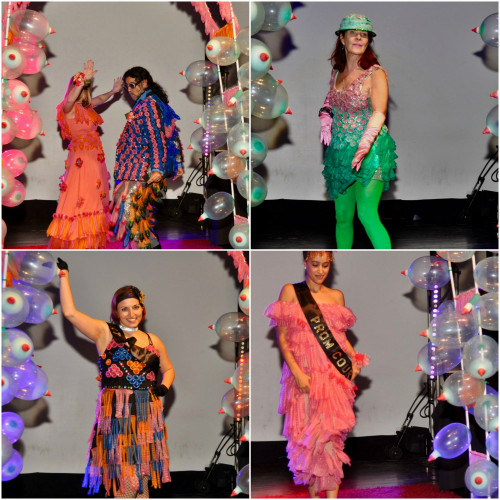 OHL had nine contestants vying for Prom King or Queen, all modeling custom-designed outfits made out of condoms. We had condom bows, condom flowers, condom fringe, you name it. The night also featured dance performances by the Nola Jewels, the Star-Steppin' Cosmonaughties and the Disco Amigos. It was a wonderful night to dance, kick back, and party with a purpose!

Special thanks to our sponsors: ONE, Planned Parenthood Gulf Coast, OraSure Technologies and The Red Carpet.