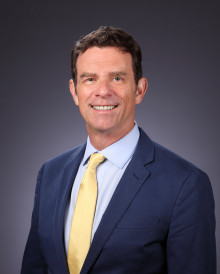 Edward C. Carlson became Chief Executive Officer of Odyssey House Louisiana, Inc. (OHL) in January 2005, bringing over 30 years of experience in human services and addiction field. As CEO, he is building on the 40-year legacy of Odyssey House, and expanding its outreach and services to the community. His responsibilities include program design and implementation, and overall management of the organization’s staff, resources and fiscal health. He has taken OHL from a small, 61-bed treatment program to a multi-program social service agency that treats over 900 people per month. Under his tenure as CEO, Odyssey House has significantly expanded its continuum of care services and has become the largest and most comprehensive substance abuse treatment facility in Louisiana. Due to its encompassing system of care, OHL has been recognized nationally as model treatment program.

Mr. Carlson has served on multiple advisory and research panels in several states over his career, overseeing numerous reports related to policy recommendations establish responsive systems that implements best practices based on sound research, strategies to reduce the cost and suffering of drug and alcohol addiction and expand the quality and quantity of treatment, and ways to increase the efficiency and effectiveness of state programs.

Mr. Carlson has been responsible for the implementation and operations of over 39 treatment programs during his tenure in the substance abuse field.

Mr. Carlson is a graduate of John F. Kennedy University where he received a B.A. in psychology and an M.A. in clinical psychology with a concentration in substance abuse, criminal justice population and cognitive behavioral science. He is a licensed marriage and family therapist (MFT) and a member of the American Psychological Association, the National Association of Forensic Counselors and the National Association of Drug Court Professionals. He has served on the Grant Makers in Health Substance Abuse Advisory Committee as well as the Grant Makers for Organizational Effectiveness Evaluation Committee.

Mr. Carlson is a native of New Orleans. 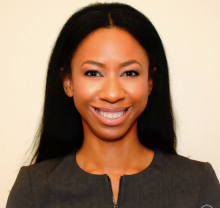 Shawny Robey moved to the greater New Orleans area from Tampa Bay. She graduated from the University of Southern Mississippi on a full athletic scholarship with a Bachelor of Science in Business Administration - Marketing concentration. She received another full scholarship to complete her Master’s degree in Communication from The University of Southern Mississippi as well. Shawny later earned a Master of Business Administration from Florida International University in Miami with a specialization in International Business.

Shawny has nearly 15 years in healthcare experience. She began her career working in the FQHC environment. She then moved on to the behavioral health field first in neuroscience pharmaceutical sales and then into psych and substance abuse inpatient and outpatient environments. She has experience running outpatient practices, call centers, crisis centers, residential programs, IOP programs, and psychiatric hospitals. Directly before joining OHL’s staff, Shawny was the COO and Executive VP of Business Development at Centerstone, a behavioral health program in Florida. Shawny first joined OHL's Senior Team in January 2019 as the Program Director for the Sobering Center, Short-Term Residential, Long-Term Residential (Transitions) and Community Supportive Services, then transitioned into the COO role.

In her role at OHL as Chief Operations Officer, Shawny oversees day-to-day operations of the Agency, ensures Agency policies and procedures are enforced, and works with the Chief Executive Officer to provide staff support and guidance. 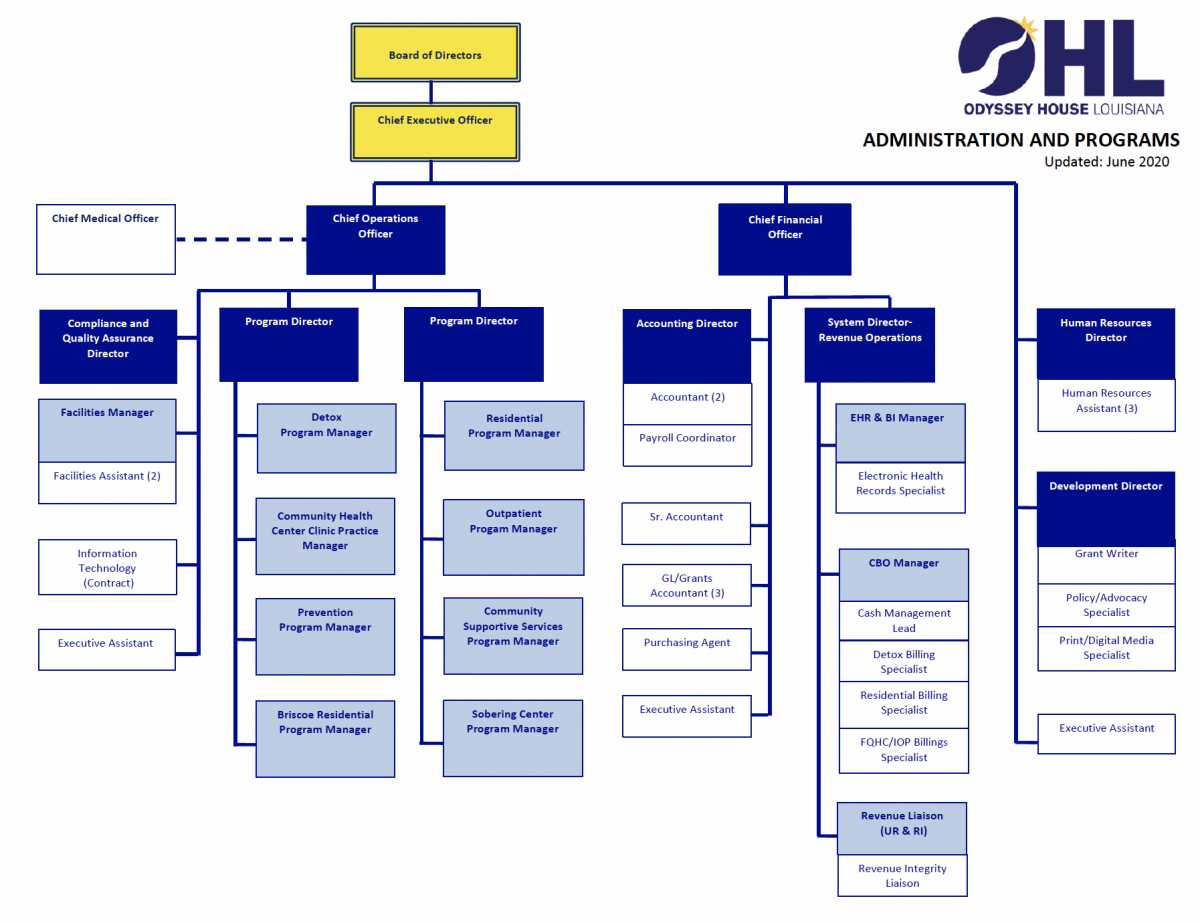 OHL Board of Directors