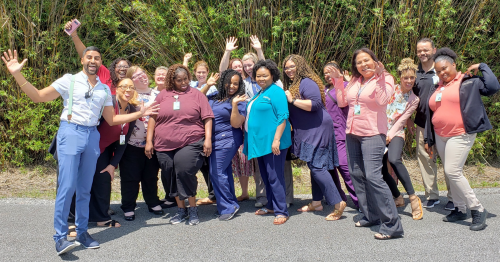 OHL was recently awarded a contract to take over a treatment facility in Lake Charles! The facility is known as Briscoe, and operates on a similar treatment level as OHL. When the agency that currently operates the facility decided to leave the state, OHL submitted a proposal to acquire the program and was awarded by the local human service district. Several senior staff members have been in Lake Charles this past week to meet the team and work out the transition. For the past 30 days or so, key senior staff have been traveling to Lake Charles to make preparations for OHL to take over the facility from its current service providers. These services are critical to the people in this region and we have worked very hard over the past month and a half to ensure that treatment services are uninterrupted for our vulnerable population. Briscoe-Lake Charles will officially be part of OHL's continuum of care!